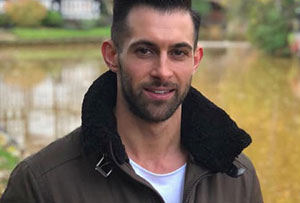 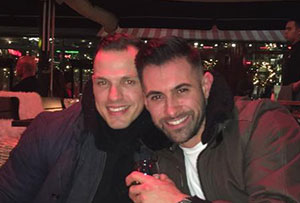 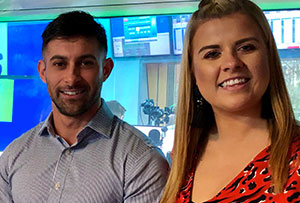 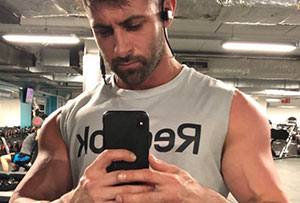 I would describe myself as a fun and courageous person with a real passion for life and business. Always striving to better myself and help others achieve their goals.

I have an absolute adrenaline bug in me and love all things high octane including sports performance cars, snowboarding, quad-biking, go-carting, and hopefully one-day skydiving!

Having lived in many different cities across the UK including, Leeds, Oxford, Aberdeen, London and now Manchester, I have a real flavor for different cultures and “that’s just how we do it here” so it’s really great to see so many different types of communities and how different cities transact in different ways and bringing all those worlds together.
Having also lived in Spain for 6 years, well, that really is a different place in itself and never has the phrase been truer “manaña/manaña” with Spanish (tomorrow/tomorrow) so it’s great to be back in the UK and transacting at a much faster pace of life which is how I thrive!

My background is also just as varied as my residing background!

I have worked as a project mechanical engineer in oil & gas and then financial services as a mortgage & protection advisor for 8yrs which I still do in my other company.

The energy services came to light due to doing many transactions for clients on their mortgage needs both residential and commercial and we would get occasionally asked if we could also facilitate their utility needs which we had politely always said no to.

After some consideration and looking to diversify the business we decided to enter the utilities industry also to be able to provide our clients with a more rounded holistic service. What we found was that a large percentage of our mortgage clients vastly appreciated the option of their mortgage advisor being able to setup their gas/electric/phoneline/broadband/mobile all for them before they had moved into the property and on remortgages.

We then also started to service our commercial clients on these needs and then found it just balloned from their and over the past 12yrs we have built some incredibly strong relationships with over 25 different commercial energy companies in the industry.

We have been in the industry now for 12 years and pride ourselves on providing the best possible service a client could ever imagine and more from a utilities company, with over 2,000 TrustPilot reviews and ranked almost No1 in every TrustPilot category!

We have over 35 in team now

It’s such a fantastic community of people and everyone is so grounded and humble, we really like the prospect of working with local businesses and keeping money/business local helping to keep Warrington hustling and bustling as it should be.

Especially seeing the growth of Golden Square and so many local businesses in the area thrive, that really does it for us and we want to be a big part of that as and where we can!

A commercial client that we recently assisted in early 2020 we are so extremely proud of!

We were passed a referral into a manufacturing company and they were looking to make just a few savings if they could.

After we had composed an energy audit across their 5x office and warehousing locations, we actually established that on one of the properties they were paying double on a meter to two different energy suppliers!

After some back and forth with the 2x providers we calculated they had been overpaying £7,800 a year to an additional supplier. We then helped that business process a refund of £23,400 as they had been double paying for 3 years.

So we managed to make the business some great initial energy contracts savings, tidy all of their energy contracts up into our seamless Energy Management Portal and additionally process them a £23,400 refund….all when they were just looking to save a few quid where they could!

What we later found out was that the £23,400 they received back 2x weeks later, that helped them purchase some new machinery in the factory and a deposit for a forklift – this has now helped the business take on more orders and increase capacity from prior to our energy intervention!

I once starred in a Bollywood cinema movie in 2006 as a policeman chasing robbers in a Vauxhall Vectra……and no I shall not be telling you the name of the movie before you ask hah!

Who are the people most important in life to you?

Having grown up with 6x brothers and sisters, we have always been super close and we all thrive off of each other.

Aside from them I really adore my 2x godsons Hugo and Harley who are 2 and 4, so full of life and energy….sometimes too much!

What is your ‘get through lockdown tip’?

Engage and speak to as many people as you can, play online games with them….reconnect with old friends, have laughs about the good times and chat about what on earth “normality” is anymore!

Why not try and dab your hand at something you’ve always wanted to do while we are all under lockdown and have this luxury free time!